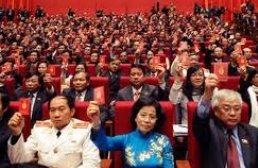 Vietnam (officially the Socialist Republic of Vietnam) is a socialist state which implements a political system of single party. The only legal party in Vietnam - the Communist Party of Vietnam plays the central role on political arena of Vietnam. This was documented in article 4 of the 1992 Constitution.

Vietnam, under the direction of the Communist Party of Vietnam, is on the way ofbuilding an equitable, democratic and civilised societyas well as socialist-oriented nation. Political status of Vietnam is stable and remains a close relationship between people and the ruling Communist Party. Therefore, Vietnam ranked 34th among 158 countries in 2012 Global Peace Index (GPI) according to the research of the Institute for Economics and Peace (IEP).

Vietnamese government, as documented in the Constitution, is the executive body of the National Assembly of Vietnam as well as the highest administrative agency of the Socialist Republic of Vietnam....

Customize Vietnam Tours with us