Along the long time building and development from the past until now, the Vietnam's economy was divided into three main parts. The Vietnam's economy in the war during the period of 1945-1975, was divided into two regions with two different governments in the North and the South. After the war, from 1975 to 1986, the Northern and Southern Vietnam were unified as one state: the Socialist Republic of Vietnam but the economy still dominated by small-scale production, low labor productivity and lacked of modern technology. Since 1986, Doi Moi (Reform) has been launched in economy, politics and society, planned economy was transited to market economy under the control of government. 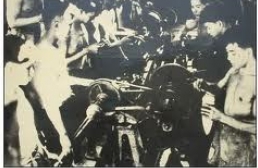 During the period of 1945-1975, Vietnam was divided into two regions with two different governments. In the North, the authority government was the Democratic Republic of Vietnam and the direction of economic developing was socialist-oriented and planned economy. 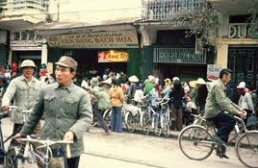 After the war, the Northern and Southern Vietnam were unified as one state: the Socialist Republic of Vietnam. In 1978, Vietnamese government issued new currency of Vietnam Dong (VND), unified financial market of the North and the South. Socialist planned economy played dominant role in the economy. 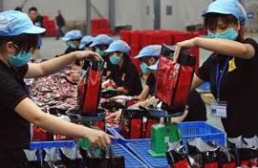 In December 1986, the 6th congress of the Communist Party of Vietnam was taken place. At the congress, delegates reached consensus on a reforming program. Since 1986, Doi Moi (Reform) has been launched in economy, politics and society. Beside state and collective sectors in economy, private and foreign sectors are recognized.