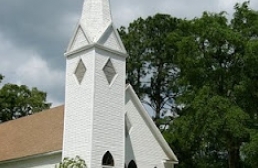 In Vietnam, Christianity ranks the 2nd (just after Buddhism) about the number of religious people. As result of 2009 Population & Housing Census, there are around 5,677,000 people in Christianity and that figure is accounted for 6.62% of national population.

Vietnamese people first known about Christianity in 16th century as missionary activities of Western missionaries. For a long later period, Western missionaries took efforts to widely introduce Christianity to people in all over the country. However, till Vietnam and France concluded the 1884 Protectorate Treaty (so-called the Treaty of Hue), which recognized French colonial protectorate in Vietnam; Christianity was allowed to have publicly work. At that time, Christianity was rapidly developed and witnessed a sharp increase in the number of Christians and churches.

Buddhism is the main religion as well as the most long-standing religion in Vietnam. According to the statistics of the Government Committee for Religious Affairs in 2011, the number of Buddhists in...

Caodaism is one of big religions in Vietnam with more than 1 million religious people, accounted for 1.01% of national population.

Beside three religions mentioned above, Vietnamese people also practice many other religions such as Hinduism (about 54,000 Hindus), Islam (about 63,000 Muslims), Judaism (with 300 Jews), etc.