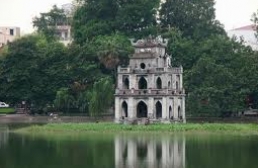 Recently, Vietnam is well-known as a wonderful destination in Southeast Asia with stable security and reasonable cost. Moreover, this is also a peaceful land with various beautiful sites and time-honored tradition.

According to the State of World Population Report 2010, Vietnam’s population is about 89 million people, ranks 14th in the list of the most populous nations in the world. Among them, ethnic Kinh (Viet) has the highest population (makes up 86.2% of national population). Residence of ethnic Kinh covers all the country but mainly concentrates in the plains, cities, and areas near by rivers. Ethnic minorities (ethnic Tay, ethnic Nung, ethnic Thai, ethnic Hmong, ethnic Chinese, etc.) contribute only 13.8% of national population. Vietnam customs are very complicated and strict as Oriental culture originally and influences of Confucianism in Chinese domination period.

As the favor of the Creator and a long-lasting culture, Vietnam is proudly to be location of 7 World Heritage Sites and many Intangible Cultural Heritages recognized by UNESCO. Besides, there are several beautiful landscapes and unique cultural values from the North to the South which contribute to an amazing and mysterious Vietnam.